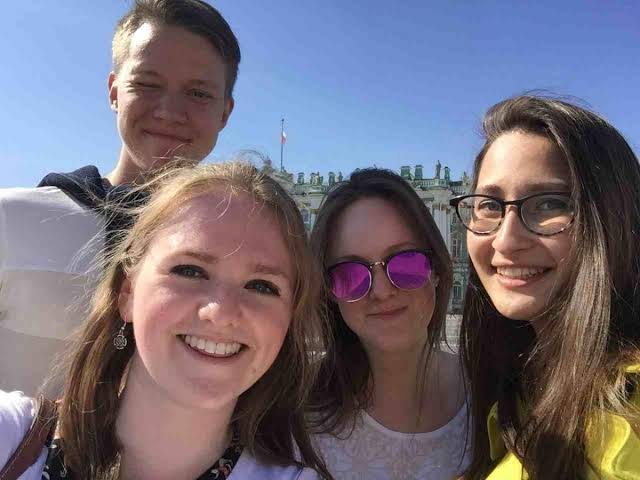 🇷🇺 THE GYM IS A GREAT PLACE TO MEASURE FRIENDSHIP

In England we like to show we're best mates even before we have swapped names. But in Russia, the process of becoming great friends can be a lengthy but rewarding process and what better way to measure that than in a gym.

Step 1: You go to some new gym, guys look at you for a month or two trying to work out who you are what what they think about you.

Step 2: Two months in approx and they shake hands with you. This means you're accepted and they like you and want to get closer.

Step 3: Maybe now 3 months in and some guy gives you advice on how to perform an exercise even if it may kill you. YOU'RE FRIENDS!!!!

Step 4: This guy invites you to his dacha and lays on a banquet for you. HE WILL DIE FOR YOU NOW!!!

🇷🇺 There is something so sincere and heart-warming about being friends with Russians. It's hard to explain but it feels soulful and deep somehow. I guess it's because when I need help or support, I know I can heavily rely on a friend. For example, in the pic below, that's me and my boxing trainer Boris. He's not only the best trainer in the world with a golden heart but recently I changed location of my central school in Moscow. I told Boris about it and he offered to help out. So he brought relatives and their cars to my school and managed to pack all the furniture and fignya thus saving thousands on renting removal vans. I am lost for words!!!!!

🇷🇺 Recently I had some friends over and we were discussing Cognac and Whiskey. My Russian friend Anton told me that his Uncle Roma makes his own Whiskey on his balcony. Being intrigued I asked what it tasted like. So Anton picked up the phone and informed Uncle Roma that i so wanted to try his home brew. Next day, Uncle Roma turned up at my apartment having travelled across Moscow just to hand me a bottle of his latest creation. I offered something in return but got a stare as if saying: what are you doing?? This kindness and generosity, again, leaves me speechless!!!

🇷🇺 I was in Kirov very recently doing a conference. Not only was the conference an overwhelming success but there was something more. We all came together like a huge family where Natasha, Natasha, Natasha, Ksenia and Lena among many others all went to great lengths to ensure my stay was a good one. So we went to restaurants, had shashliki, and even dear Katya from N.Novgorgod took me around the city on a tour. It all build this special Russian soul and such kindess which we have in England but not deep like in Russia (you may disagree with that but I feel this) (Natasha and Ksenia in the pic below)

🇷🇺 Yesterday we had my event: The Teachers' Big Day Out in Tsaritsino. Of course it was a huge success but I'll let you all in on a little secret. I had a tuny breakfast and was starting. But... Loads of guys brought me food: Perenik from Tula (thanks Yulia and Dasha), pies, drink, even a Chinese Takeaway)))) So my hunger was satisfied. Again, I was humbled and speechless!!

So my dear friends, Russia has some issues like any country, but Russia possesses some of the most wonderful things in the world: one of those being FRIENDSHIP. I am going back to England next week and will return home to Russia on the 9th July. I know there I will defend Russia's soul against some ignorant idiots and will die doing it if I have to!❤